COVID-19: What We Are Doing to Serve and Protect Our Clients
Personal Injury and Bankruptcy Lawyers for North Carolinians and Their Families Contact Us Now For a Free Consultation 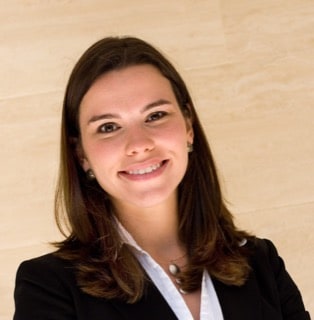 Rebecca Finch Redwine focuses her practice on Chapter 11 and Chapter 7 bankruptcies for both businesses and individuals. Additionally, she counsels clients experiencing insolvency, and assists them in workouts and settlements with various lenders. She has also served as Unsecured Creditors Committee Counsel in Chapter 11 bankruptcies in North Carolina, as well as the role of an Examiner in Chapter 11s. She is admitted to practice in the Eastern, Middle and Western Districts of North Carolina in the United States District Court and the United States Court of Appeals for the Fourth Circuit.

Rebecca is a council member for the North Carolina Bar Association Bankruptcy Section Council and serves as co-chair of the Pro Bono Committee. She also provides time as a volunteer attorney for Legal Aid of North Carolina, volunteering monthly with the “Lawyer on the Line” program. She is a board member of the Carolinas Chapter of the International Women’s Insolvency and Restructuring Confederation (IWIRC). She is also a member of the Wake County Bar Association, the American Bankruptcy Institute and the North Carolina Association of Women Attorneys. In the past, Rebecca has served as a board member and volunteer for Read and Feed, a non-profit which assists children with reading and academic skills.

Rebecca was named a North Carolina “Rising Star” in the area of Bankruptcy & Creditor/Debtor Rights by the North Carolina Super Lawyers magazine from 2010 to 2013. Additionally, Rebecca was recognized as a “Legal Elite” in Bankruptcy for 2013, 2014, 2015, 2016 and 2017. She is also included in the 24th Edition of the Best Lawyers in America in Bankruptcy and Creditor Debtor Rights and was named Lawyer of the Year for 2018 Raleigh Litigation – Bankruptcy. In October 2018, Rebecca was named as a 2018 “40 Under 40” honoree by the American Bankruptcy Institute, which received and considered more than 300 nominations nationwide.

Contact Us
Practice Areas
Client Reviews
★★★★★
Mike Malone was absolutely fabulous to work with. He represented my daughter in a case and we could not have been happier! He was upfront from the beginning about expectations, honest through out the case and above all.. caring! Even though I lived 2 hours away, he was more than willing to accommodate us in any way, even if it meant driving out of his way! Mike is one of the smartest lawyers you will find. I recommend him to everyone! I have known him now over 8 years and we still keep in touch. Thanks Mike. - Christy Smith
★★★★★
Mike Malone is the attorney for an estate wrongful death claim. Mike has helped me through every single step. Mike is intelligent, trustworthy and thorough, and responds quickly and personally to questions. I would highly recommend this firm to anyone who needs an attorney. Mike Malone has proven to work diligently to assist you in every way as well as make sure you understand what is happening. - Jason
★★★★★
Thank you Mike for doing an exceptional job. You were not only extremely professional but also kind,patient and understanding through an extremely difficult time. Thank you again. - Bryan
★★★★★
Mike is very sharp when it comes to understanding a case and how the legal system works. He also has integrity and a strong moral conviction which you won't always find when trying to find good legal counsel. - Camp Davis
★★★★★
Mike Malone was a pleasure to work with on a case involving negligence of another attorney in a real estate transaction. Mike was very eager to help us recover money lost in our case. Highly recommended! - Mariusz Stanczyk
View More
Submit a Law Firm Client Review