COVID-19: What We Are Doing to Serve and Protect Our Clients
North Carolina Personal Injury Legal News

One of the vehicles, a dark colored SUV, fled the scene.  Witnesses apparently told police that the dark SUV hit car causing it to strike the third vehicle. (below photo from WTVD). 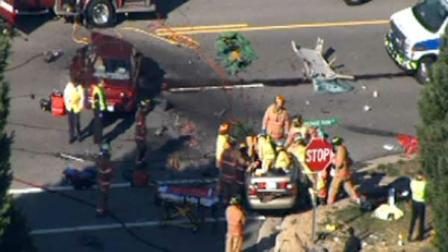 Police are looking for the driver of the dark SUV.

We certainly hope the person who caused this terrible wreck is found and that the victims recover.  This wreck poses some interesting legal questions for the victims.  If the driver of the SUV is not found, can they still recover for their medical bills, pain and suffering, and other damages?  The answer is most likely YES but they will need to closely review their own insurance policies to find the answer.